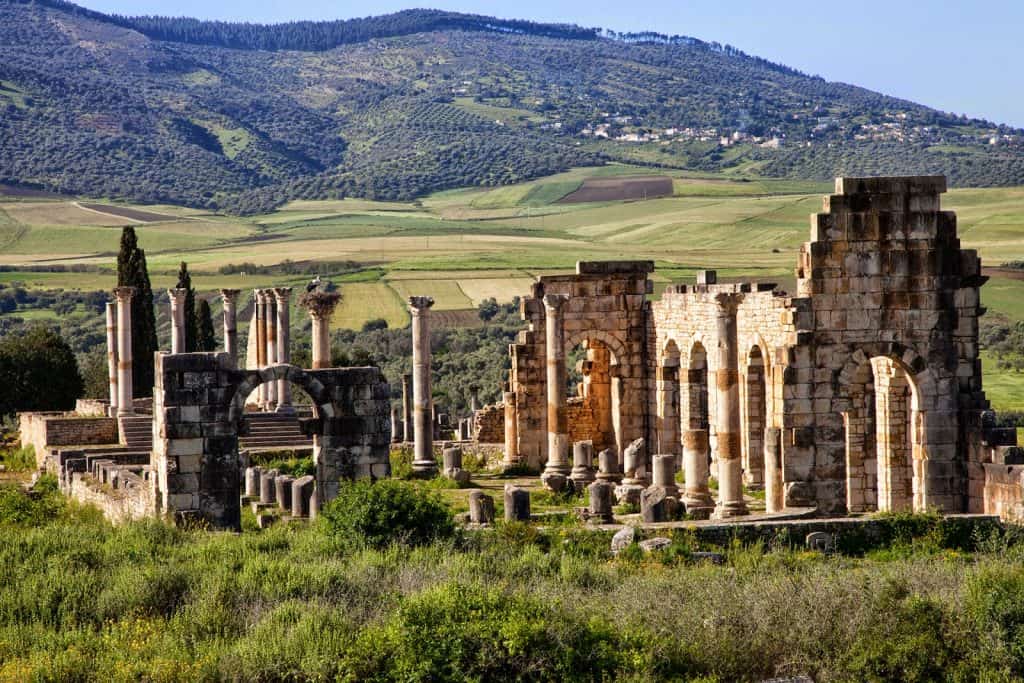 Day Trip From Fes To Meknes

Day Trip From Fes To Meknes a Great Experience to Visit one of the four imperial cities of Morocco and see the Roman ruins of an ancient kingdom on a day trip from Fez. Explore the Medina of Meknes, go to the historic remains of Meknes Volubilis tour and see the holy town of Moulay Idriss. Enjoy a special Private Day Trip From Fes To Volubilis with Guide Morocco Tours, from Fes to the fourth imperial city that must be visited because of its beautiful big gates, large Kasbahs, its palaces, including Dar El Kabira where the royal family stays when they come to Meknes, its fortifications, and its large gardens. On the same day, we will visit the famous site of Volubilis archaeological site of 50 hectares the best preserved and the most visited of Morocco. You will be able to appreciate the greatness of the Roman vestiges: Caracalla’s Arc de Triomphe, the Basilica, and The Capitol.

Day trip from fes to chefchaouen

Day Trip From Fes To Meknes

This is just a suggested travel itinerary for Day Trip From Fes To Meknes operated by a trusted travel company based and owned by Moroccan owners. If this tour doesn’t meet your travel ideas we have a range of other Day Trip From Fes designed to enhance your trip to Morocco Tours, packages and personalized itineraries are our specialty and our services cover the whole of the country.

NOTE: THE Private Day Trip From Fes To Volubilis IS AVAILABLE EVERY DAY WITH Fes DEPART

Private Day Trip From Fes To Volubilis a Great Experience to Visit one of the four imperial cities of Morocco and see the Roman ruins of an ancient kingdom on a day trip from Fez. Explore the Medina of Meknes, go to the historic remains of Meknes Volubilis tour and see the holy town of Moulay Idriss.

After your breakfast in fes head to Meknes, The magnificent imperial city Meknes, you are going to visit the mosque, Mausoleum of Moulay Ismail, Bab al-Mansour, Moulay Idriss and Place el-Hedim .

We start our Meknes day trip with a pickup from your Fes accommodations at 9 m. Then, head out to explore the ancient imperial city of Meknes, known as the “Versailles of Morocco”. See historical sites such as the impressive ramparts, monumental gates, and the Mausoleum Moulay Ismail. At its peak of glory, Meknes had over 50 palaces, 20 doors, and a city wall that measured around 45km. the Holly city of Morocco and Meknes, where you will have a magnificent view of the Medina. The tour begins with a tour of the walls with monumental gates dating from the seventeenth century Berdaïne Bab, Bab Khemis. Continue exploring the city by the stables (Rua), attics (HERI), and Stud. Stop at the Mausoleum of Moulay Ismail, the only mosque that non-Muslims could visit in Morocco for a long time. Exit through the famous Bab Mansour El on the vast square Hedim. On the other side of the square, the Museum of Moroccan Art “Dar Jamai” offers a wide variety of handicrafts for you to see. Then we visit the ancient Roman ruins Volubilis, where you will spend some time exploring the 2000-year-old ruins and getting an idea of life during the Roman Empire. Continue to Moulay Idriss. On your way back to Fes, the driver can take you to see the view of the Medina from Borj North or South by request. Conclude your tour back in your hotel.