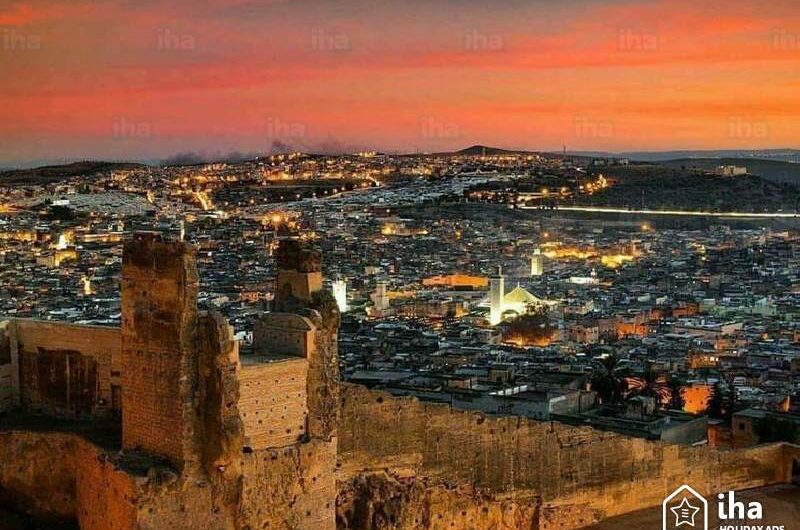 day trips in Casablanca: Full one day tour Casablanca sightseeing tour to visit the major sights in Casablanca experiences with Morocco travel Holidays. See the enchanting mixture of modern and traditional influences that shape the city while visiting the Central Market, the Habous District, the Royal Palace, Mohammed V Square and Panorama visit to the Hassan II Mosque.

the old medina (old town): the central market, and the district Habbous that have kept their authenticity. See the wall of the medina, a fortified 18th-century bastion, through the labyrinth of narrow streets lined with jewelers, barbers, and artisans. You will always find its skala and very impressive clock tower from the colonial period.

Finally, take the time to visit the majestic Hassan II Mosque, which was built from 1986 to 1993. Take visit to The Hassan II Mosque, the second world’s largest mosque. It rises above the ocean on an outcrop northwest of the Medina, a vast building that holds 25,000 worshipers and a further 80,000 in the squares around.

things to do in Casablanca visit day Trip:

Enjoy Casablanca city tour to explore the enchanting mixture of the modern and traditional city visiting the Habous District, the Royal Palace, a panorama visit to Hassan II Mosque and more!

READ More  4 Days Fes To Marrakech Desert Tour: It's Not as Difficult as You Think

Take a half-day in Casablanca city. The casablanca day trip start with a discover the sightseeing of Casablanca. See impressive architecture, wander through vibrant markets, Kornreich, and tour the splendid Hassan II Mosque on this beautiful coastal drive.

Our Recommended Morocco Tours and Day Trip from Casablanca, morocco

READ More  Get Rid of Your Morocco Imperial Cities 14 Tours Problems Once and For All
[ctu_ultimate_oxi id=”2″] [sc_fs_multi_faq headline-0=”h2″ question-0=”What are the top attractions to visit in Casablanca?” answer-0=”The top attractions to visit in Casablanca are: Hassan II Mosque Quartier Habous Morocco Mall Old Medina of Casablanca Casa Tramway See all attractions in Casablanca on Tripadvisor” image-0=”” headline-1=”h2″ question-1=”What is there to do in Casablanca in 2 days?” answer-1=”Top things to see in Casablanca in two days Visit the splendid Hassan II mosque. … Walk around Casablanca cathedral. … Enjoy a tune played on the piano at Rick’s Cafe. … Mohammed V square. … The king’s palace. … Spend time with local fishermen. … Wander in the little streets of the old medina. … The corniche.” image-1=”” headline-2=”h2″ question-2=”What is there to do in Casablanca at night?” answer-2=”12 Unique Things to Do in Casablanca Rick’s Café It may present a rather ‘Hollywoodified’ vision of Casablanca, but the eponymous World War II movie has still left an indelible cultural mark. … Old Medina. … Museum of Moroccan Judaism. … King’s Palace. … Riad 21. … Hassan II Mosque. … Morocco Mall. … La Sqala Café Maure.” image-2=”” headline-3=”h2″ question-3=”What is Casablanca famous for?” answer-3=”Casablanca is considered the economic and business center of Morocco, although the national political capital is Rabat. The leading Moroccan companies and many international corporations doing business in the country have their headquarters and main industrial facilities in Casablanca.” image-3=”” count=”4″ html=”true” css_class=””]
Tags: CASABLANCA SIGHTSEEING TOUR
Previous postThe FES DAY TRIP From Casablanca – Plan to FES Day Trip
Next postThe Ouzoud Falls Day Trip From Marrakech Plan to Ouzoud