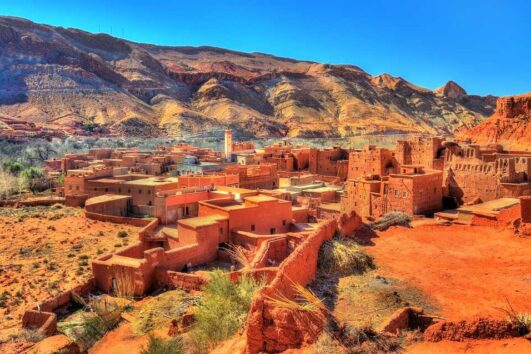 12 DAYS TOUR FROM TANGIER TO MARRAKECH via Desert

Morocco Tours From Tangier: Looking for the proper Moroccan holiday from Tangier to Marrakesh? Well, then you’ve come to the right place! Here at Morocco Travel Holidays with tangier desert tours 12 days we provide unique and authentic experiences that allow you to really get a pity in this culturally and geographically diverse country. and that we make sure that any trip we create for you perfectly suits your interests, needs, and requirements. 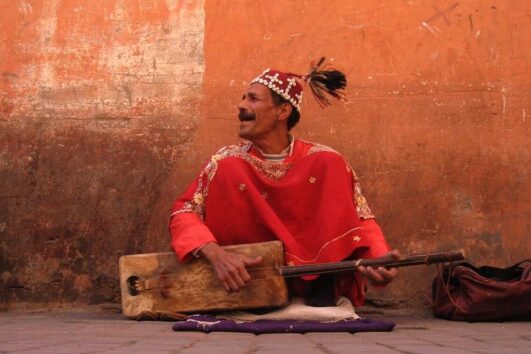 At Guide Morocco Tours, we provide unique and authentic experiences that allow you to really get a pity this culturally and geographically diverse country. and that we make sure that any trip we create for you perfectly suits your interests, needs, and requirements. From Tangier to the Blue Town, to the Atlas Mountains, … 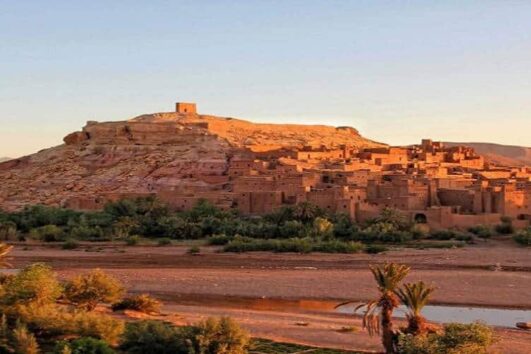 8 Day Trip from Tangier to Marrakech

This splendid  8 days Morocco tour while combining Tangier & Marrakech via Desert is a blast! You will enjoy the tour so much, not only visiting beautiful places like Chefchaouen, Fes, Meknes, Merzouga Sahara Desert, and Ait ben Haddou. You will experience the Camel ride in Erg Chebbi, Sunset & Sunrise, and spend the night at magnificent Berber-style tent/Camp. 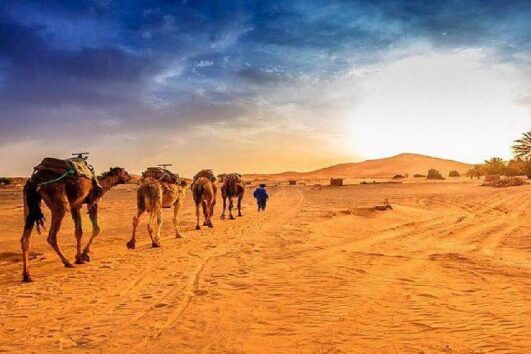 This splendid 6 days Morocco tour while combining Tangier & Marrakech via  Sahara Desert is a blast! You will enjoy the tour so much, not only visiting beautiful places like Chefchaouen, fes, Meknes, Merzouga Sahara Desert, and Ait ben Haddou. You will experience the Camel ride in Erg Chebbi, Sunset & Sunrise and spend the night at magnificent Berber-style tent/Camp.

Tangier is an uncontrolled mix of North Africa, Spain, Portugal, and France, the ideal melting pot for my culture-hungry mind. Each day ferries cross the Strait of Gibraltar to this city from Europe, making it one of the most cosmopolitan cities in Africa.

Tangier has long been romanticized by artists, Beat poets, and writers who have arrived at its busy shores seeking adventure. Tangier is the gateway to Africa for many travelers. Cruise ships often dock there on their way from the Atlantic to the Mediterranean, and travelers in Europe find it easy to take a quick ferry from Spain to the port of Tangier.

Spend your vacation in Tangier, Morocco, and learn about the city’s rich history and culture. Cape Spartel and the Caves of Hercules are two of the best Morocco Travel destinations in Taniger. (To schedule a tour, please contact (800) 787-8806. Allow us to serve as your guide for Morocco Travel.
Tangier, the capital of the Tétouan Region, has a rich history as a result of the presence of many civilizations and cultures that invaded this region beginning in the fifth century BC. Tangier is located near the western entrance to the Gibraltar Strait, which connects the Mediterranean Sea to the Atlantic Ocean off the coast of Cape Spartel. This lovely city, which is just 35 minutes by contemporary hydrofoil from Spain or two hours by conventional ferry boat, has a thriving multicultural culture that is mainly Muslim, but also has tiny Christian and Jewish groups that demonstrate tolerance for one another.
Tangier was a destination – and, at times, a haven – for many artists and writers from America and Europe in the 1950’s. This sea-shaped port city has attracted notable authors such as Paul Bowles, Tennessee Williams, and Truman Capote. Jack Kerouac, William S. Burroughs, Allen Ginsberg, and Brion Gysin, who was also a painter, were among the “Beat Generation” writers who visited or resided in Tangier. Eugene Delacroix and Henri Matisse were notable painters who resided and painted here.
Among the celebrities who have stayed in Tangier are The Rolling Stones, who also recorded in the kasbah in 1989 with the Master Musicians of Jajouka and Bachir Attar. Tangier was a favorite residence of Woolworth heiress Barbara Hutton, whose extravagant parties at Sidi Hosni elevated Tangier to worldwide prominence in the 1950s and early 1970s. Malcolm Forbes, founder of Forbes magazine, celebrated his 70th birthday in 1989 at his Palais Mendoub with 800 guests flown in from across the world, spending more than $2.5 million on a week-end event.
Tangier is rapidly developing and modernizing. New five-star hotels along the bay, a contemporary commercial area dubbed Tangier City Center, a new airport terminal, and a new soccer stadium are among the planned projects. Two other significant developments in the area include the port of Tangier, which handles millions of people and cargo each year, and a planned bullet train that will allow future visitors and Moroccans to travel from Tangier to Casablanca in less than two hours.

Our Morocco Tours From Tangier Activities: